The passing of Lee Kuan Yew, the most important personality in Singapore’s postcolonial history, will have little to no ramifications on the city-state. Lee has gradually receded from national politics over the last decade and had an obsessive focus on leadership transition. Lee, more than anyone else, endeavoured to ensure that his absence would have as little political or economic impact on the country as possible. Singapore continues to hum and buzz with only half-mast flags standing as tangible reminders of his death. For a man who relentlessly subjugated the primacy of the individual to the needs of the community this is perhaps his greatest tribute. 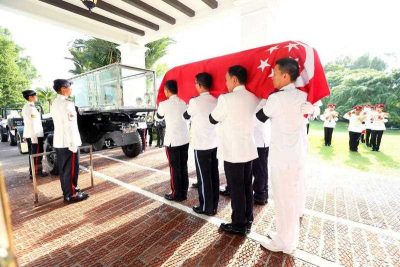 Lee’s passing provokes all manner of clichés from ‘the end of an era’ to ‘the death of a titan’. As a founding father, the temptation is to compare him to other national giants like Nelson Mandela or Mahatma Gandhi, but such comparisons would be inaccurate. While they all may have been totemic figures, none of them had as intimate a hand in crafting the life of the citizenry from cradle to grave as Lee.

Lee was not just a galvanising independence figure, breaking through the barriers of colonialism and communism. He also transformed himself from firebrand politician to policy architect when the time called for it. It was this chimera-like ability to exist both as ruthless politician and irresistible intellectual that was the secret to his uniqueness.

Beyond the obvious charisma and oratory skills, he was also a meticulous thinker with an insatiable desire to make things work. From charting the city-state’s foreign policy and economic strategy to determining the type of tree that would provide the best shade from the tropical sun, Lee was close to obsessive over functionality. This obsession is not just found in the efficiency of Singapore’s airports, roads and bureaucracies, but also deeply embedded in the Singaporean psyche.

The first is his cultural invention of the ‘Singaporean’, a manifestation of his vision of society and his social policies. The image of a ‘rugged society’ was used in 1966 to prepare a disparate people for the introduction of compulsory National Service. Singaporeans partook in menial work for the ‘Use Your Hands’ campaign in 1976 when Lee feared that newfound affluence would soften the young.

Lee’s experience with the ‘racial’ riots of the 1960s and Malay nationalists in Malaysia shaped his view that a person’s ‘race’ was a fundamental marker of identity from which there was no escape. Hence, along with English, the notion of the ‘mother-tongue’ was introduced, giving birth to bilingual citizens as determined by the ‘race’ of their parents, thus framing the way many Singaporeans, for better or worse, continue to see each other — as Chinese, Malays, and Indians. It was these notions of ‘racial’ ancestry that Lee returned to when he promoted ‘Confucian ethics’ (and later the ethnically-neutral ‘Shared Values’) in the 1980s, to salvage the citizenry from ‘Westernisation’ and to define an Asian modernity.

The Singapore citizen is thus an unapologetic contradiction of flexibility and rigidity. Singaporeans have been shaped by decades of government campaigns, malleable to official fantasies of the ideal citizen that best catch the global wind. And yet they cling on to certain ‘truths’ such as the sacredness of race and religion, believing them to be taboo subjects that should remain outside the bounds of public discourse.

The second way Lee’s functionalism shaped the Singapore psyche was in his disregard for precedent, which was often relegated to the backseat. If there is anything that epitomises this is the invention of NEWater. Singapore’s dependence on Malaysia for water often put it in a vulnerable position in bilateral negotiations. The ability to recycle wastewater by purifying it with dual-membrane and ultraviolet technologies for water self-sufficiency dramatically changed the equation between the two countries..

This disregard also meant that labels like ‘progressive’ and ‘paternalist’ meant little to Lee. On the one hand, Lee was a staunch supporter of the Women’s Charter of September 1961, which resulted in higher legal status for women. But, on the other, in 2011 he openly lamented that women were too educated to care for child-rearing when the country’s total fertility rate nose-dived. The 1984 Graduate Mothers scheme, which encouraged university-educated women to have children, was quickly dismantled when it proved unpopular.

It was certainly not pragmatic for Lee to publicly opine that being gay was a natural orientation, in the face of staunch Protestant and Muslim constituencies, but he did so anyway. His disregard for precedent meant that policy U-turns were not seen as anathema to governance but a sign of nimble assessment of changing realities.

Finally, Lee’s legacy will echo in Singapore’s complex national identity. For Lee national survival was intertwined with economic survival, and the latter was never assured. He believed that the only reason the city-state punched above its weight was because it had retained economic and strategic relevance to the international community. Without this it would sink into obscurity.

The result has been a Singaporean identity characterised by paranoia over external competition and divided between the conflicting voices of the nation-state and the global city. This has heightened Singaporeans’ anxiety over their state’s existence and imbued them with a stark sense of realism. This anxiety and realism has shaped Singaporeans’ identity.

Lee Kuan Yew may be gone, but he will never disappear from Singapore.

Terence Chong is Senior Fellow at the Institute of Southeast Asian Studies, Singapore.